On top of that, there were no scrollbars at all, making it unclear to new users what could be scrolled and what could not, and making it impossible to know where you are within the scrollable region.

However, both of these issues have now been remedied. 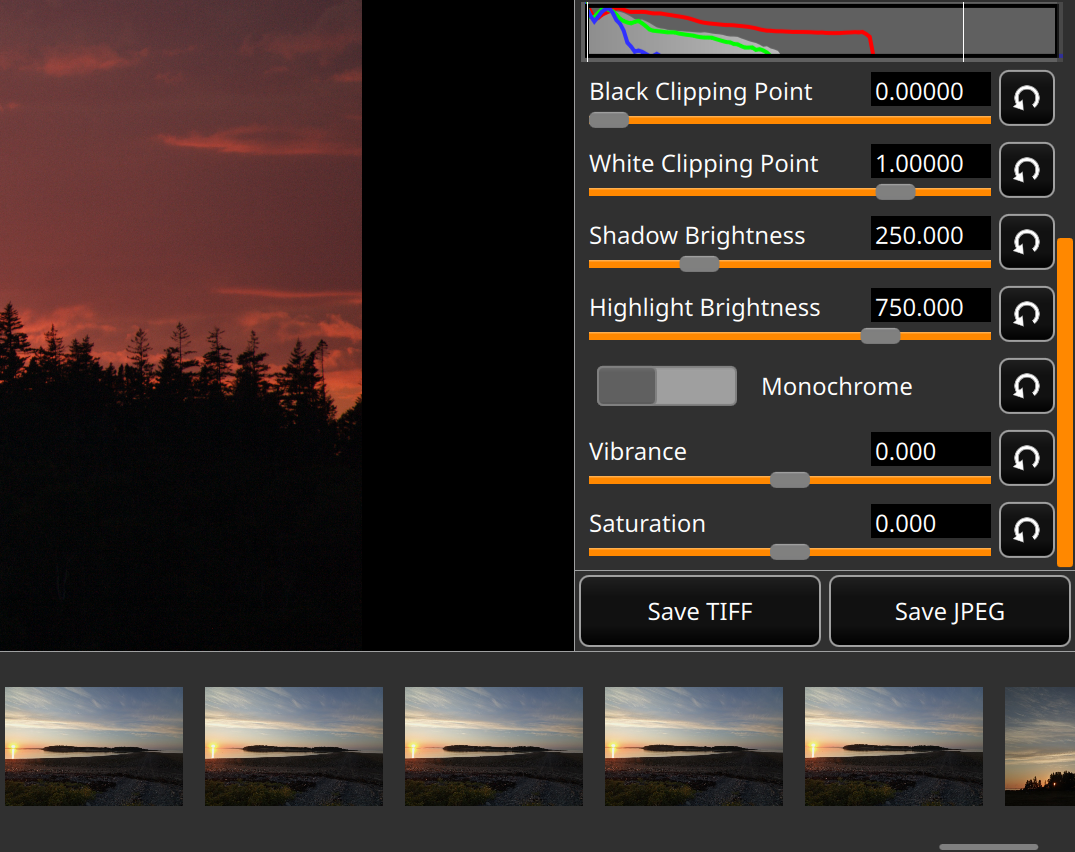 Additionally, all views that scroll now have scrollbars that indicate where you are in the view and can be dragged to control the position of the view. The scrollbars are narrow and unobtrusive, but when approached with the mouse they expand to make a larger mouse target.

Get the latest nightly builds of Filmulator at the link at the bottom of the download page.